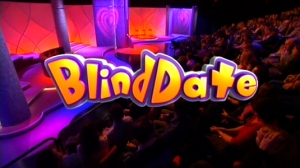 I have a confession to make… I’ve never really got social media.

I’ve been on facebook for years but never actually done anything on there. I mainly just use it to find out how good, or usually bad, my friends’ days have been and to flick through countless baby photos.

Twitter has passed me by completely. I just don’t see the point of it. My wife goes on there occasionally but it just doesn’t appeal to me. Why say something in 140 characters when you could use several thousand?

And blogs? Don’t get me started on blogs! In my previous life I worked on several press events aimed purely at bloggers. Some of the people I met were outstanding. One, called iJustine, particularly sticks in my mind, and not only because she was gorgeous. She’s a video blogger and at that time had something like a million hits on youtube. I just did a quick internet search and she appears to be a full-on personality now, so clearly meeting me did wonders for her career.

But iJustine was the exception. The vast majority of them didn’t seem to know why they were there and were only interested in where their next free thing, be it a drink, food or some sort of gadget, was going to come from. They had no interest in what they were being told and I failed to see what any company stood to gain from inviting them to anything.

But a month ago everything changed. I crossed to the other side. I’m one of them now, a blogger. And I quite like it. For a start, it’s proving to be a great way to keep in touch with friends and family around the world and to let them know what we’re up to without sending countless emails. I’m also quite enjoying the creative outlet, making contact with other bloggers and reading some incredibly interesting blogs that I would never have found had I not got involved myself.

And this past weekend, I saw another benefit… you can actually meet people. Real people. People off the internet. A couple of weeks ago, I commented on a post by Anna Savino from Italianna – Wine, food & Piemonte. She lives in Bra, which is pretty close to our new (old) house and I was looking for some advice about the local area. She blogs about wine, food  and, funnily enough, Piemonte so if you’re after restaurant and wine tasting advice in Piemonte, who better to ask?!

One thing led to another and soon enough we had arranged to meet for dinner. A blind date, of sorts, except she would be bringing her husband, Claudio, also a blogger, (at lacasagreen) and the genius behind the home improvement website lagrandacasa.it, and I would be bringing my wife, neither blogger nor genius but very handy with facebook nonetheless.

I instantly stopped reading both their blogs as I didn’t want to turn up for dinner already knowing their life stories and inner-most thoughts. That would make an already slightly weird situation even weirder.

So, on Saturday night, we headed to Bra, to an amazing restaurant called Boccondivino (highly recommended if you’re ever in the area, but I’ll leave the food blogging to Anna). We were the first to arrive and we sat, nervously nibbling grissini, waiting for our ‘date’ to show up. It was like being eighteen again. What if they didn’t like us? I haven’t been that nervous in years. As we moved onto the second basket of grissini, we thought perhaps we might have been stood up. Were the waiters starting to whisper about us?

But we needn’t have worried. They were just late. Or on time, as it’s called in Italy. And, as it turned out, they were lovely (and had been equally nervous). We had a great dinner, good chat, nice wine (how could we not have nice wine with Anna in charge of choosing a bottle…) and then we even went on to a bar afterwards so that Claudio could embarrass us at table football (we should have known something was up when he got a bottle of olive oil from the bar so that he could grease the rods…).

And that was it. Our first ever social media blind date had come to an end, and I think it went pretty well. Who knows if we’ll get a second date, but I hope so (have I just made a dating faux-pas by saying that? I’m so out of practice…) If nothing else I’d really like Claudio’s advice on a couple of jobs I have to do in the house, and we need Anna to teach us about wine. I’m not sure what we can offer them in return, besides sparkling wit and scintillating conversation, of course. Our dog can do a few cool tricks, does that count?

So after years of turning my back on social media I’ve finally come around. It appears it is the future after all. Zuckerberg can sleep easy tonight.

a personal blog and city guide