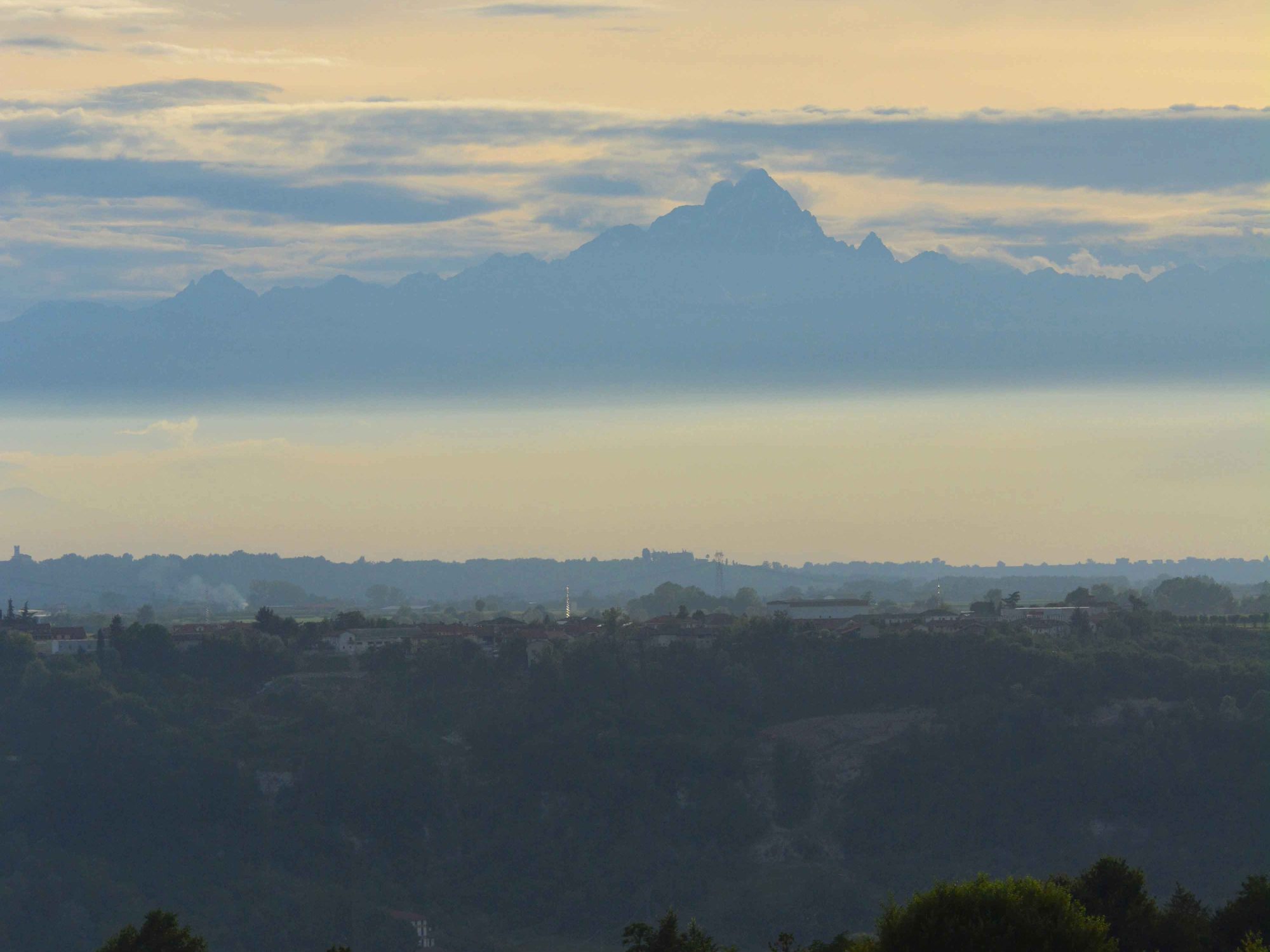 There’s this thing about Italy… it likes to build you up, show you how amazing it is, makes you think that everything is good in the world and then, just when you’re starting to relax, it grabs you in its big, greasy hands, slaps you around the face a few times, rubs soggy pizza in your eyes, kicks you in the balls and then throws you into the gutter.

This week had started so well. We had agreed to rent a neighbour’s house for a few months so that we could live near our house and keep an eye on our renovations. There were a few false starts as the neighbour kept cancelling on us, but eventually, last weekend we moved in. It was dirty, full of cobwebs and the garden looked like something from Jurassic Park, but it’s a nice house and within a couple of days we had it all sorted and feeling like home already. The sun was shining, the barbecue was barbecueing and all was well in the world. Unless, of course, you’re a spider who had been living a nice, peaceful life in a dark house for a couple of months. Sorry spiders.

Then some friends from France arrived and we all headed down to Barolo for Collisioni, an annual music and literature festival. We spent two days wandering around the town drinking wine, listening to music, spinning plates (quite possibly my calling in life, it seems I have a natural flair for it) and stuffing our faces with some of the most sophisticated festival food I’ve ever seen. 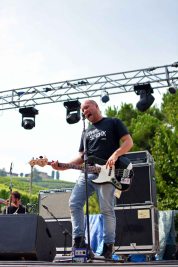 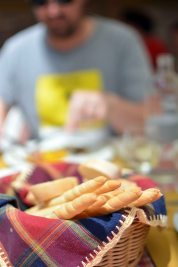 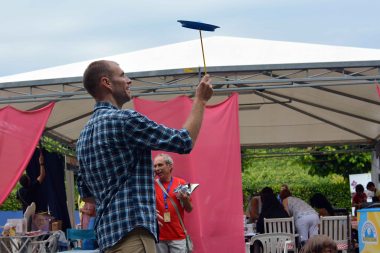 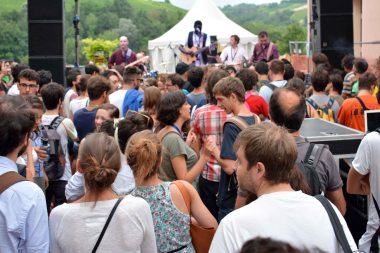 And when we weren’t showing off our drunken circus skills at Collisioni, we were making decisions at the house… choosing bricks for a couple of pillars that need to be rebuilt (we went for old, salvaged bricks by the way), changing the plans for the boiler room and discussing sun tubes, which will bring light to an otherwise dark corridor.

Then, on Monday morning, the storm clouds started gathering, both literally and metaphorically. With the arrival of the first spots of rain, something strange happened to the electricity at the house. Plugging in anything more powerful than a light would cause the system to overload and trip. We called the landlady, who called ENEL, the electricity suppliers. It turned out that the last guy to rent the house hadn’t been paying his bills. Rather than chase him, they were reducing the power supply at the house for a week and would then cut it off completely. They wanted the landlady to pay his bills but she was refusing on a matter of principle. It would take months to sort out, she told us, so we should move out and she was going to move in and sort it out.

This last bit still confuses me. If there’s no electricity then how can she move in? Which means she must be paying the bill. In which case, why can’t we stay? I don’t get it. I think it’s safe to say, though, that one of our neighbours won’t be receiving a Christmas card and a cheap, English-themed gift in five months’ time.

So, after just four days, two of which had been spent cleaning the place, we had to repack all our things, reload the car, re-head back to Milan, re-unpack the car and re-move back into the family flat in which we’d been squatting for the past eight months.

Naturally, at this point we turned to facebook and posted a whiny message about how everything is so unfair. We’d been hoping for a bit of sympathy, maybe some photos of puppies playing with kittens to make us feel better, but we got so much more. The response was amazing!

People started offering us houses (and caravans!), putting us in touch with their friends who might have somewhere, sending us phone numbers and email addresses. And our (other) neighbours stepped up to the plate too. One offered us an apartment at their B&B while we got ourselves sorted, another spent his evening making countless phone calls on our behalf. One even offered us his place for free so long as we helped clear out all the old furniture he was storing in there. The response just completely blew me away. In fact, just thinking about it now would make me feel a bit emotional if I wasn’t such a tough guy.

We haven’t decided on a new place just yet. We’ve spent the past couple of days driving around checking out various options, and we’ve still got a few more to see, but with the help of all our incredible friends, both real and virtual, I’m confident we’ll have somewhere soon.  And that’s the thing about Italy. After it’s kicked you into the gutter, it picks you up, dusts you down, gives you a big smile and a hug, invites you into its house and offers you a grappa.  And then the whole, sorry cycle starts again.

32 thoughts on “The good, the bad and the Italy”