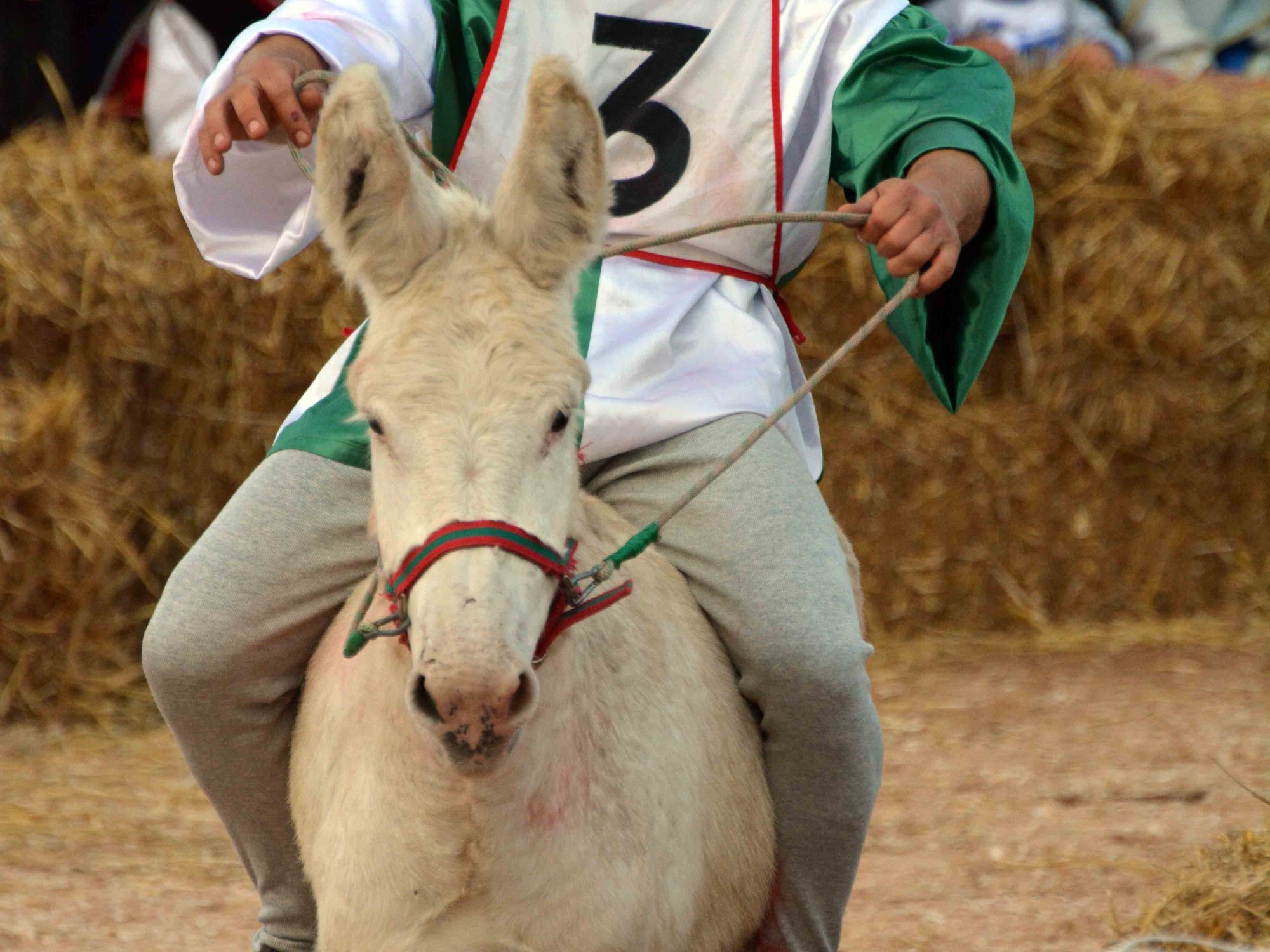 While Siena is no doubt the most famous Palio, the oldest takes place in Ferrara, where the first race was held in 1259. At around that time Alba was embroiled in a bitter war with Asti,  just a few miles to the north. On August 10, 1275, the feast day of Alba’s patron saint, San Lorenzo, Asti launched a particularly ferocious attack, devastating Alba’s vineyards[1]. To celebrate their victory and, let’s face it, to show off a bit, the Astigiani proceeded to race their horses around Alba’s city walls. The Palio d’Asti was born.

Fast forward almost 700 years and Asti’s Palio had gone from strength to strength, but there was just one problem… riders from Alba kept entering and, even worse, kept on winning. Naturally, this didn’t go down well, and in 1932 Asti withdrew its invitation to the Albese.

How did Alba respond? I think it’s commonly referred to as a two-finger salute. If you can’t beat them, mock them. Just a few weeks later Alba held its first Palio, but there were no horses to be seen. Instead the riders lined up for the start on donkeys.

Taking place on the first Sunday of October, the Palio degli Asini is now the opening event of Alba’s International White Truffle Festival and draws crowds from around the world. The day begins with the allocation of donkeys to the nine borghi. Each is given two donkeys, one fast and one a little more sedate. Of course, we’re talking about donkeys here so it’s all relative. 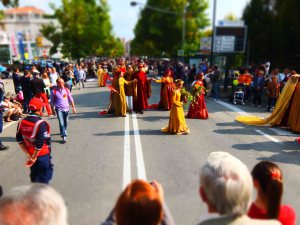 This is followed by a medieval parade in which people from each of the borghi get dressed up and re-enact events and battles from Alba’s history. There were goats, castles, jousting matches, we even saw someone get burned at the stake (there was a slight moment of panic as he ran away still on fire, but I saw him having a well-earned beer a bit later so all’s well that ends well). It was far and away the best history lesson I’ve ever had!

And then finally, it was time for the big event. I’m not entirely sure what I was expecting, but when, as the riders lined up for the first race, one of the donkeys turned around and trotted back down the track before stopping and throwing his rider into the hay bales, I knew it was going to be good.[2]

It turns out donkeys don’t make very good race horses. Sure, they can go quite fast when they want to, it’s just that they don’t usually want to. Over three laps the lead would change dozens of times, as someone would make a break for the front before coming to an abrupt halt as their donkey spotted something more interesting in the crowd.

The locals, all still in their medieval garb, were going crazy. It was genuinely exciting!

After two semi finals eight donkeys lined up for the main event… the final. There were supposed to be nine, but only four managed to finish the second semi final within the rather generous allotted time. Four laps of complete chaos ensued. There were donkeys lolloping in every direction, some with riders, many without. Quite how anyone can keep track of how many laps each has completed I will never know.

But through all this chaos, one donkey stood out…. Number 16 from Borgo Santa Barbara. He just kept going. Almost always in the right direction. He was the little donkey that could. He almost looked like he was obeying his rider at one point! The 2014 Palio degli Asini had its well-deserved winner.

The celebrations in Borgo Santa Barbara will no doubt have continued late into the night. I think I heard mention of donkey stew[3] but I’m hoping that was just my bad Italian letting me down again…

[1] I can’t entirely guarantee the accuracy of these facts. History was never my strongpoint. I am lead to believe this is more or less how it went down though.

[2] No donkeys were hurt, and the organisers stress that they are all very well looked after… though one of the riders did take a nasty kick to the knee and was stretchered away.