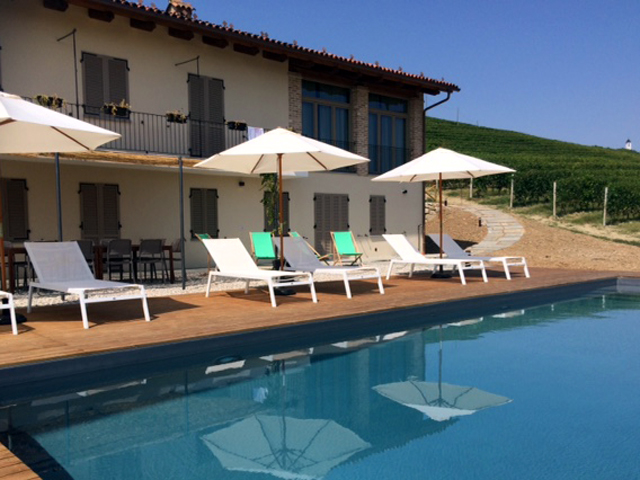 We’ve finally hit the big time… we have not just one, but two facebook trolls. I didn’t realise sympathetically renovating an old house could incite such hatred, but I guess I underestimated the power of the troll.

“VERGOGNA!” screamed the first, all in capital letters. For you non-Italian speakers, that means “SHAME!”. She then expanded by saying: “These people are my neighbours. No comment.” Erm, firstly we’re not her neighbours. And secondly the “no comment” thing doesn’t really help anyone. If you have something to say, at least say it.

That’s not a criticism I can make of our second beloved troll though.

“Che orrore!” she bellowed from deep inside her cave. “What horror! Where once there were antique vines now they are building swimming pools.”

Of course, you should never let the facts get in the way of a good bit of outrage. Yes, we have built a swimming pool, a very nice one at that. I just had a lovely, refreshing swim in it. But there were never vines there. There was a concrete yard. A rather ugly, cracked, broken one at that. There are vines all around our land, just as there have always been, but we haven’t touched them.

But she wasn’t finished there. She went on to explain that she doesn’t agree with tourism. That we should respect the original ambience of a place, that we should fix the broken roads and stop putting down concrete.

So, where to begin… I might just ignore the bit about fixing broken roads and stopping putting down concrete because it really doesn’t make any sense. Just thinking about it hurts my head.

And then there are all those original features that we’ve uncovered. How dare we chip away at concrete to reveal original brick ceilings and stone walls. How dare we hire local workers to build us a beautiful real-wood roof to replace the mix of rotten beams and just no beams that was there before. How dare we tear down rusty metal doors and replace them with beautiful, locally-crafted windows. How dare we remove a large gas tank from the ground and heat our house with more environmentally-friendly solar panels and wood pellets. Sometimes I disgust myself.

And then there’s the concrete that we’ve removed. That’s right. There is actually less concrete here now than there ever was. We’ve planted flowers and bushes, we’re about to plant grass and next spring I’m going to start work on the orto.

I know I shouldn’t care what these trolls say, but it hurts. We’ve taken a big risk coming here and doing this. We’ve dedicated three years of our lives to it, worked harder than we’ve ever worked and created something that we’re both immensely proud of. To have some uninformed ‘local’ criticise that is hard to bear.

On the plus side though, the house is now pretty much finished. After a month or so of living in what felt like the final ten minutes of a home renovation show, with tradesmen of every variety climbing over each other to finish their work and us slaving away until long after dark every night, we finished up just as our first group of testers arrived. We’re now into our third week and things are so far going well. We’ve even started taking bookings for next year! There are still a few minor things to finish off, but we can do that after the summer, for now it’s time to sit back, relax and I guess start fixing some roads. Now, where did I leave my steamroller…

58 thoughts on “Welcome to troll town!”